Escaping Skinner's Box: AI and the New Era of Techno-Superstition 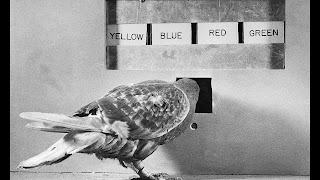 The findings were dispiriting. Green and Chen found that using algorithms did improve the overall accuracy of decision-making across all conditions, but this was not because adding information and explanations enabled the humans to play a more meaningful role in the process. On the contrary, adding more information often made the human interaction with the algorithm worse. When given the opportunity to learn from the real-world outcomes, the humans became overconfident in their own judgments, more biased, and less accurate overall. When given explanations, they could maintain accuracy but only to the extent that they deferred more to the algorithm. In short, the more transparent the system seemed to the worker, the more the workers made them worse or limited their own agency.

It is important not to extrapolate too much from one study, but the findings here are consistent what has been found in other cases of automation in the workplace: humans are often the weak link in the chain. They need to be kept in check. This suggests that if we want to reap the benefits of AI and automation, we may have to create an environment that is much like that of the Skinner box, one in which humans can flap their wings, convinced they are making a difference, but prevented from doing any real damage. This is the enchanted world of techno-superstition: a world in which we adopt odd rituals and habits (explainable AI; fair AI etc) to create an illusion of control.

These two problems combine into a third problem: the erosion of the possibility of achievement. One reason why we work is so that we can achieve certain outcomes. But when we lack understanding and control it undermines our sense of achievement. We achieve things when we use our reason to overcome obstacles to problem-solving in the real world. Some people might argue that a human collaborating with an AI system to produce some change in the world is achieving something through the combination of their efforts. But this is only true if the human plays some significant role in the collaboration. If humans cannot meaningfully make a difference to the success of AI or accurately calibrate their behaviour to produce better outcomes in tandem with the AI, then the pathway to achievement is blocked. This seems to be what happens, even when we try to make the systems more transparent.