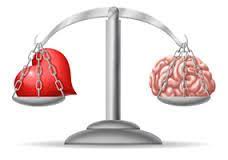 This chapter discusses contemporary scientific research on the role of reason and emotion in moral judgment. The literature suggests that moral judgment is influenced by both reasoning and emotion separately, but there is also emerging evidence of the interaction between the two. While there are clear implications for the rationalism-sentimentalism debate, we conclude that important questions remain open about how central emotion is to moral judgment. We also suggest ways in which moral philosophy is not only guided by empirical research but continues to guide it.

We draw two main conclusions. First, on a fair and plausible characterization of reasoning and emotion, they are both integral to moral judgment. In particular, when our moral beliefs undergo changes over long periods of time, there is ample space for both reasoning and emotion to play an iterative role. Second, it’s difficult to cleave reasoning from emotional processing. When the two affect moral judgment, especially across time, their interplay can make it artificial or fruitless to impose a division, even if a distinction can still be drawn between inference and valence in information processing.

To some degree, our conclusions militate against extreme characterizations of the rationalism-sentimentalism divide. However, the debate is best construed as a question about which psychological process is more fundamental or essential to distinctively moral cognition.  The answer still affects both theoretical and practical problems, such as how to make artificial intelligence capable of moral judgment. At the moment, the more nuanced dispute is difficult to adjudicate, but it may be addressed by further research and theorizing.

The book chapter can be downloaded here.