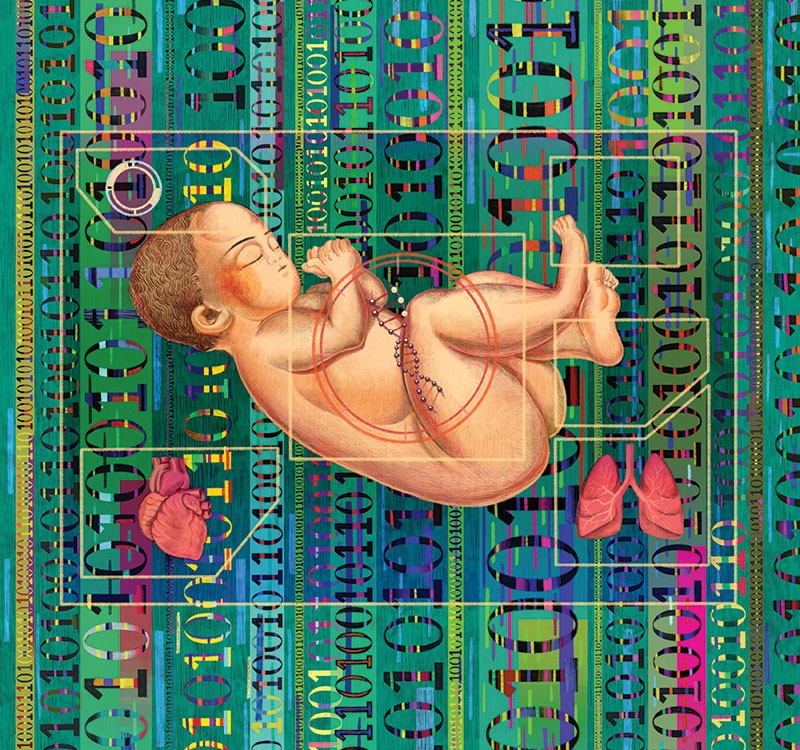 Proponents say that genetic testing of newborns can help diagnose a life-threatening childhood-onset disease in urgent cases and could dramatically increase the number of genetic conditions all babies are screened for at birth, enabling earlier diagnosis and treatment. It could also inform parents of conditions they could pass on to future children or of their own risk of adult-onset diseases. Genetic testing could detect hundreds or even thousands of diseases, an order of magnitude more than current heel-stick blood tests—which all babies born in the U.S. undergo at birth—or confirm results from such a test.

But others caution that genetic tests may do more harm than good. They could miss some diseases that heel-stick testing can detect and produce false positives for others, causing anxiety and leading to unnecessary follow-up testing. Sequencing children’s DNA also raises issues of consent and the prospect of genetic discrimination.

Regardless of these concerns, newborn genetic testing is already here, and it is likely to become only more common. But is the technology sophisticated enough to be truly useful for most babies? And are families—and society—ready for that information?

Then there’s the issue of privacy. If the child’s genetic information is stored on file, who has access to it? If the information becomes public, it could lead to discrimination by employers or insurance companies. The Genetic Information Nondiscrimination Act (GINA), passed in 2008, prohibits such discrimination. But GINA does not apply to employers with fewer than 15 employees and does not cover insurance for long-term care, life or disability. It also does not apply to people employed and insured by the military’s Tricare system, such as Rylan Gorby. When his son’s genome was sequenced, researchers also obtained permission to sequence Rylan’s genome, to determine if he was a carrier for the rare hemoglobin condition. Because it manifests itself only in childhood, Gorby decided taking the test was worth the risk of possible discrimination.