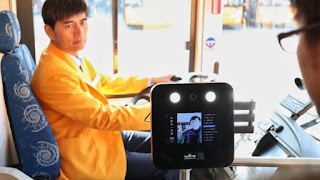 China has more facial recognition cameras than any other country and they are often hard to avoid.

Earlier this week, local reports said that Zhengzhou, the capital of the northeastern Henan province, had become the first Chinese city to roll the tech out across all its subway train stations.

Commuters can use the technology to automatically authorise payments instead of scanning a QR code on their phones. For now, it is a voluntary option, said the China Daily.

Prof Guo, a season ticket holder at the park, had used his fingerprint to enter for years, but was no longer able to do so.

The case was covered in the government-owned media, indicating that the Chinese Communist Party is willing for the private use of the technology to be discussed and debated by the public.