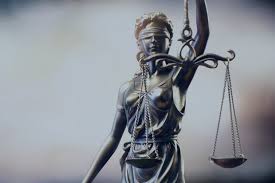 A federal court has struck down a Trump administration rule that would have allowed clinicians to refuse to provide medical care to patients for religious or moral reasons.

In a Nov. 6 decision, the U.S. District Court for the Southern District of New York vacated President Trump’s rule in its entirety, concluding that the rule had no justification and that its provisions were arbitrary and capricious. In his 147-page opinion, District Judge Paul Engelmayer wrote that the U.S. Department of Health & Human Services did not have the authority to enact such an expansive rule and that the measure conflicts with the Administrative Procedure Act, Title VII of the Civil Rights Act, and the Emergency Medical Treatment & Labor Act, among other laws.

“Had the court found only narrow parts of the rule infirm, a remedy tailoring the vacatur to only the problematic provision might well have been viable,” Judge Engelmayer wrote. “The [Administrative Procedure Act] violations that the court has found, however, are numerous, fundamental, and far reaching ... In these circumstances, a decision to leave standing isolated shards of the rule that have not been found specifically infirm would ignore the big picture: that the rulemaking exercise here was sufficiently shot through with glaring legal defects as to not justify a search for survivors [and] leaving stray nonsubstantive provisions intact would not serve a useful purpose.”

At press time, the Trump administration had not indicated whether they plan to file an appeal.