Medicare for All: Would It Work? And Who Would Pay? 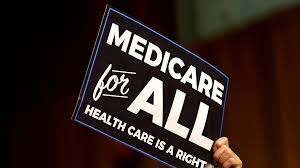 “If you want to control costs, there are at least three main areas you have to look at: drug costs, hospital costs to the private sector, and administrative costs,” he said. “All of them are out of whack. All of them are ballooned.”

On drug costs, for example, it is not clear if that would be achieved through negotiations with drug companies or by the government setting a price ceiling, Emanuel said. He suggested a way out: “We should have negotiations informed by value-based pricing,” he said. “How much health benefit does the drug give? The more the health benefit, the higher the price of the drug. But we do need to have caps.”

Emanuel pointed to a recent Rand Corporation study which showed that on average, private health plans pay more than 240% of Medicare rates for hospital services. “That seems way out of whack,” he said. “There are a lot of hospital monopolies, and consolidation has led to price increases – not quality increases as claimed. We do have to rein in hospital prices.” The big question is how that could be achieved, which may include placing a cap on those prices, he added.