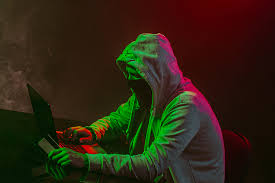 "Due to our concerns about malicious applications of the technology, we are not releasing the trained model," wrote OpenAI in a February blog post, released when it made the announcement. "As an experiment in responsible disclosure, we are instead releasing a much smaller model for researchers to experiment with, as well as a technical paper."

At that time, the organisation released only a very limited version of the tool, which used 124 million parameters. It has released more complex versions ever since, and has now made the full version available.

The full version is more convincing than the smaller one, but only "marginally". The relatively limited increase in credibility was part of what encouraged the researchers to make it available, they said.

It hopes that the release can partly help the public understand how such a tool could be misused, and help inform discussions among experts about how that danger can be mitigated.

In February, researchers said that there was a variety of ways that malicious people could misuse the programme. The outputted text could be used to create misleading news articles, impersonate other people, automatically create abusive or fake content for social media or to use to spam people with – along with a variety of possible uses that might not even have been imagined yet, they noted.

Such misuses would require the public to become more critical about the text they read online, which could have been generated by artificial intelligence, they said.