It Loves Me, It Loves Me Not Is It Morally Problematic to Design Sex Robots that Appear to Love Their Owners? 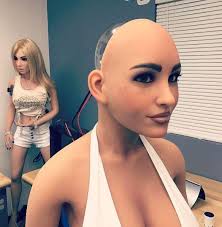 Drawing on insights from robotics, psychology, and human-computer interaction, developers of sex robots are currently aiming to create emotional bonds of attachment and even love between human users and their products. This is done by creating robots that can exhibit a range of facial expressions, that are made with human-like artificial skin, and that possess a rich vocabulary with many conversational possibilities. In light of the human tendency to anthropomorphize artifacts, we can expect that designers will have some success and that this will lead to the attribution of mental states to the robot that the robot does not actually have, as well as the inducement of significant emotional responses in the user. This raises the question of whether it might be ethically problematic to try to develop robots that appear to love their users. We discuss three possible ethical concerns about this aim: first, that designers may be taking advantage of users’ emotional vulnerability; second, that users may be deceived; and, third, that relationships with robots may block off the possibility of more meaningful relationships with other humans. We argue that developers should attend to the ethical constraints suggested by these concerns in their development of increasingly humanoid sex robots. We discuss two different ways in which they might do so.