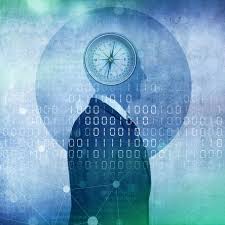 Here is the conclusion:

“This is hard. You need a lot of time and care,” he said. “We found an obvious bias. But how many others are in there?”

Dr. Bohannon said computer scientists must develop the skills of a biologist. Much as a biologist strives to understand how a cell works, software engineers must find ways of understanding systems like BERT.

In unveiling the new version of its search engine last month, Google executives acknowledged this phenomenon. And they said they tested their systems extensively with an eye toward removing any bias.

Researchers are only beginning to understand the effects of bias in systems like BERT. But as Dr. Munro showed, companies are already slow to notice even obvious bias in their systems. After Dr. Munro pointed out the problem, Amazon corrected it. Google said it was working to fix the issue.

Primer’s chief executive, Sean Gourley, said vetting the behavior of this new technology would become so important, it will spawn a whole new industry, where companies pay specialists to audit their algorithms for all kinds of bias and other unexpected behavior.

“This is probably a billion-dollar industry,” he said.

The whole article is here.