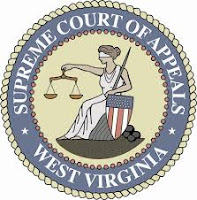 West Virginia Supreme Court of Appeals on Friday upheld a decision by the West Virginia Board of Medicine that imposed disciplinary actions on Dr. Omar Hasan, a Beckley psychiatrist.

The original case was decided in Kanawha County Circuit Court in July 2018 after Hasan appealed a decision by the West Virginia Board of Medicine to discipline him for an improper relationship with a patient. Hasan alleged the board had erred by failing to adopt recommended finding of facts by its own hearing examiner, had improperly considered content of text messages and had misstated various facts in its final order.

Court documents state that Hasan began providing psychiatric medication in 2011 to a female patient. In September 2014, the patient reported to WVBOM that she and Hasan had had an improper relationship that included texts, phone calls, gifts and “sexual encounters on numerous occasions at various locations.”

She said that when Hasan ended the relationship, she tried to kill herself.

WVBOM investigated the patient’s claim and found probable cause to issue disciplinary actions against Hasan for entering a relationship with a patient for sexual satisfaction and for failing to cut off the patient-provider relationship once the texts had become sexual in nature, according to court filings.

Both are in violation of state law.