When Assessing Novel Risks, Facts Are Not Enough 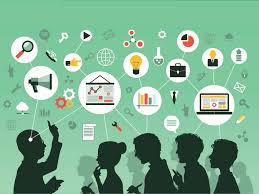 To start off, we wanted to figure out how well the general public understands the risks they face in everyday life. We asked groups of laypeople to estimate the annual death toll from causes such as drowning, emphysema and homicide and then compared their estimates with scientific ones. Based on previous research, we expected that people would make generally accurate predictions but that they would overestimate deaths from causes that get splashy or frequent headlines—murders, tornadoes—and underestimate deaths from “quiet killers,” such as stroke and asthma, that do not make big news as often.

Overall, our predictions fared well. People overestimated highly reported causes of death and underestimated ones that received less attention. Images of terror attacks, for example, might explain why people who watch more television news worry more about terrorism than individuals who rarely watch. But one puzzling result emerged when we probed these beliefs. People who were strongly opposed to nuclear power believed that it had a very low annual death toll. Why, then, would they be against it? The apparent paradox made us wonder if by asking them to predict average annual death tolls, we had defined risk too narrowly. So, in a new set of questions we asked what risk really meant to people. When we did, we found that those opposed to nuclear power thought the technology had a greater potential to cause widespread catastrophes. That pattern held true for other technologies as well.

To find out whether knowing more about a technology changed this pattern, we asked technical experts the same questions. The experts generally agreed with laypeople about nuclear power's death toll for a typical year: low. But when they defined risk themselves, on a broader time frame, they saw less potential for problems. The general public, unlike the experts, emphasized what could happen in a very bad year. The public and the experts were talking past each other and focusing on different parts of reality.