The Dark Psychology of Social Networks 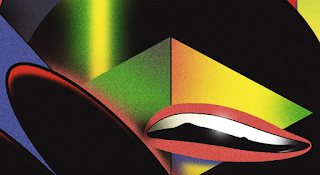 Her are two excerpts:

Human beings evolved to gossip, preen, manipulate, and ostracize. We are easily lured into this new gladiatorial circus, even when we know that it can make us cruel and shallow. As the Yale psychologist Molly Crockett has argued, the normal forces that might stop us from joining an outrage mob—such as time to reflect and cool off, or feelings of empathy for a person being humiliated—are attenuated when we can’t see the person’s face, and when we are asked, many times a day, to take a side by publicly “liking” the condemnation.

In other words, social media turns many of our most politically engaged citizens into Madison’s nightmare: arsonists who compete to create the most inflammatory posts and images, which they can distribute across the country in an instant while their public sociometer displays how far their creations have traveled.

Twitter also made a key change in 2009, adding the “Retweet” button. Until then, users had to copy and paste older tweets into their status updates, a small obstacle that required a few seconds of thought and attention. The Retweet button essentially enabled the frictionless spread of content. A single click could pass someone else’s tweet on to all of your followers—and let you share in the credit for contagious content. In 2012, Facebook offered its own version of the retweet, the “Share” button, to its fastest-growing audience: smartphone users.

Chris Wetherell was one of the engineers who created the Retweet button for Twitter. He admitted to BuzzFeed earlier this year that he now regrets it. As Wetherell watched the first Twitter mobs use his new tool, he thought to himself: “We might have just handed a 4-year-old a loaded weapon.”

The coup de grâce came in 2012 and 2013, when Upworthy and other sites began to capitalize on this new feature set, pioneering the art of testing headlines across dozens of variations to find the version that generated the highest click-through rate. This was the beginning of “You won’t believe …” articles and their ilk, paired with images tested and selected to make us click impulsively. These articles were not usually intended to cause outrage (the founders of Upworthy were more interested in uplift). But the strategy’s success ensured the spread of headline testing, and with it emotional story-packaging, through new and old media alike; outrageous, morally freighted headlines proliferated in the following years.