Ideological differences in the expanse of the moral circle 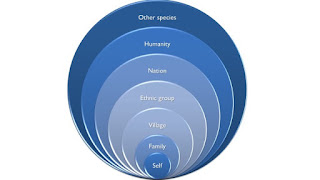 Others have identified this universalist–parochial distinction, with Haidt, for example, noting “Liberals…are more universalistic…Conservatives, in contrast, are more parochial—concerned about their groups, rather than all of humanity.” The present findings comprehensively support this distinction empirically, explicitly demonstrating the relationship between ideology and universalism versus parochialism, assessing judgments of multiple social circles, and providing converging evidence across diverse measures.