Convict Trump: The Constitution is more important than abortion 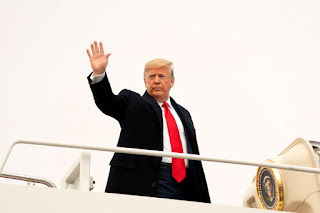 Christians should advocate for President Donald J. Trump’s conviction and removal from office by the Senate. While Trump has an excellent record of appointing conservative judges and advancing a prolife agenda, his criminal conduct endangers the Constitution. The Constitution is more important than the prolife cause because without the Constitution, prolife advocacy would be meaningless.

The fact that we live in a democratic republic is what enables us to turn our prolife convictions from private opinion into public advocacy. In other systems of government, the government does not care what its citizens think or believe. Only when the government is forced to take counsel from its citizens through elections, representation, and majoritarian rule do our opinions count.

Our democratic Constitution — adopted to “secure the blessings of liberty” for all Americans — is what guarantees that our voice matters. Without it, we can talk about the evils of abortion until we are blue in the face and it will never affect abortion policy one iota. The Constitution — with its guarantees of free speech, free assembly, the right to petition the government, regular elections, and the peaceful transfer of power — is the only thing that forces the government to listen to us.

Trump’s behavior is a threat to our Constitutional order. The facts behind his impeachment show that he abused a position of public trust for private gain, the definition of corruption and abuse of power. More worryingly, he refused to comply with Congress’s power to investigate his conduct, a fundamental breach of the checks and balances that is the bedrock of our Constitutional order.