DNA genealogical databases are a gold mine for police, but with few rules and little transparency 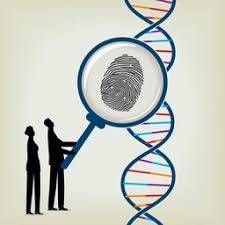 But law enforcement has plunged into this new world with little to no rules or oversight, intense secrecy and by forming unusual alliances with private companies that collect the DNA, often from people interested not in helping close cold cases but learning their ethnic origins and ancestry.

A Times investigation found:
There are growing concerns that the race to use genealogical databases will have serious consequences, from its inherent erosion of privacy to the implications of broadened police power.

In California, an innocent twin was thrown in jail. In Georgia, a mother was deceived into incriminating her son. In Texas, police met search guidelines by classifying a case as sexual assault but after an arrest only filed charges of burglary. And in the county that started the DNA race with the arrest of the Golden State killer suspect, prosecutors have persuaded a judge to treat unsuspecting genetic contributors as “confidential informants” and seal searches so consumers are not scared away from adding their own DNA to the forensic stockpile.