Ethical research — the long and bumpy road from shirked to shared 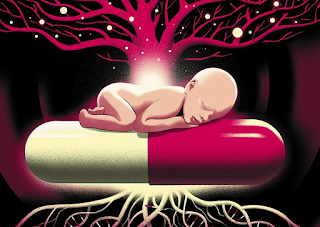 Just as the ramifications of the birth of modern biology were hard to delineate in the late nineteenth century, so there is a sense of ethical bewilderment today. The feeling of being overwhelmed is exacerbated by a lack of regulatory infrastructure or adequate policy precedents. Bioethics, once a beacon of principled pathways to policy, is increasingly lost, like Simba, in a sea of thundering wildebeest. Many of the ethical challenges arising from today’s turbocharged research culture involve rapidly evolving fields that are pursued by globally competitive projects and teams, spanning disparate national regulatory systems and cultural norms. The unknown unknowns grow by the day.

The bar for proper scrutiny has not so much been lowered as sawn to pieces: dispersed, area-specific ethical oversight now exists in a range of forms for every acronym from AI (artificial intelligence) to GM organisms. A single, Belmont-style umbrella no longer seems likely, or even feasible. Much basic science is privately funded and therefore secretive. And the mergers between machine learning and biological synthesis raise additional concerns. Instances of enduring and successful international regulation are rare. The stereotype of bureaucratic, box-ticking ethical compliance is no longer fit for purpose in a world of CRISPR twins, synthetic neurons and self-driving cars.

Bioethics evolves, as does any other branch of knowledge. The post-millennial trend has been to become more global, less canonical and more reflexive. The field no longer relies on philosophically derived mandates codified into textbook formulas. Instead, it functions as a dashboard of pragmatic instruments, and is less expert-driven, more interdisciplinary, less multipurpose and more bespoke. In the wake of the ‘turn to dialogue’ in science, bioethics often looks more like public engagement — and vice versa. Policymakers, polling companies and government quangos tasked with organizing ethical consultations on questions such as mitochondrial donation (‘three-parent embryos’, as the media would have it) now perform the evaluations formerly assigned to bioethicists.