Book Review: The Singularity is Near

by John Gavazzi, PsyD, ABPP
Disclaimer: The Singularity is Near by Ray Kurzweil is dense with facts, ideas, and future projections. However, space limitations of this blog post prevent me from a much more detailed review.

If you are interested in the interface of technology and human existence, then this book is a meaningful read. While the text is dated (published in 2004), I never imagined that this book would try to deal with consciousness and “self” within the context of non-biological intelligence.

Consciousness is the most complex outcome of evolution, so far. However, The Singularity focuses on possible paths in which the human brain will be enhanced through nanotechnology and other engineering developments. Kurzweil also makes the claim that non-biological entities will achieve consciousness, most likely near 2045!!
Sound farfetched? Too Star Trek for you?
Kurzweil covers a wide range of topics including brain science, technological advances, nanotechnology, reverse engineering the brain, the importance of chaos theory and algorithms, and some advances in medical research. The brain science portions of the book explore the human brain from intracellular processes of the neurons, to neurotransmitters and synapses, to localized brain functioning, to overall brain functioning, to mind as an emergent function of a chaotic, complex system.
Kurzweil’s engineering perspective and sharp insights are effective throughout the text. While Kurzweil writes in a friendly, easy manner, make sure that you have a working knowledge of complexity theory (chaos theory), quantum physics, and biological conceptualizations (DNA, RNA, epigenetics) to appreciate fully the depth and breadth of his points.
There are some minor weaknesses. First, Kurzweil gives short shrift to the general idea of consciousness. Because consciousness is not well defined or well measured, the author does not spend much time on consciousness. However, he addresses that non-biological entities will achieve consciousness, but, other than passing the Turing test, he does not elaborate in a meaningful way. Furthermore, consciousness is tied up with sensation, perception, acculturation, expectations, etc. that are not addressed within the context of non-biological enhancements.
Second, the concept of “self” is sketchy at best for Kurzweil. He does not connect how a "centered self" applies to non-biological intelligence or enhanced intelligence. Kurzweil seems to argue for a de-centered “self” or a distributed model of consciousness. While I agree with this premise (that many portions of consciousness are distributed), Kurweil only implies this possibility, without spelling out all of the ramifications of a de-centered self.
Overall, the book is a fascinating foray into the melding of human intelligence and non-biological enhancements to human existence. The book raises the issue of what makes us human, and, how far can we create hybrid life forms that are still considered human?  So, the ethical issue stems from the degree to which human beings are willing to use cognitive and physiological enhancements and still consider us to be human.  Medical devices have already been implanted into the human body to repair damaged or unhealthy organs (implantable cardioverter-defibrillator).  The future challenge is: how far will individuals go with cognitive, emotional and physiological enhancements and society still considers that hybrid entity to be “human”?
Kurzweil makes some interesting projections as to how possible inventions will change the human race in 20, 30, or 40 years.  This brief video highlights some of the main points in this book.
If you choose to read this book, hopefully you will enjoy it as much as I have.  The Transcendent Man is a related movie that I have yet to see.

by Sam Knapp, EdD, ABPP
Director of Professional Affairs
Self-reported happiness is correlated with being a member of a valued social group, whether it is family, a circle of friends, a faith community (church, synagogue, or mosque), or another social environment. Social support is also related to better health, longevity, and more productivity and effectiveness at work.

Also, evidence suggests that socially connected health care practitioners tend to do better than “outliers.” For example, Knapp and VandeCreek (2009) found that psychologists who belonged to their state psychological association had significantly fewer disciplinary actions than non-members. Similarly, Kilmo, Daum, Brinker, McGruire, and Elliot (2000) found that orthopedic surgeons who belonged to their professional association had lower rates of malpractice complaints than non-members. Of course, self-selection may account for some of this finding in that the more conscientious health care professionals may select themselves into the professional association. Nonetheless, membership itself may have some benefits in terms of providing resources.

Perhaps the membership or the continued social contact that comes from membership helps health care professionals learn new information and compare their knowledge base with others. For example, Knapp and Keller (2004) found that psychologists rated contacts with their colleagues as their most important source of learning new information related to the profession. Also, Pope, Tabachnick, and Keith-Spiegel (1987) found that discussions with colleagues were the most important source of knowledge about the profession that psychologists had.
In addition to the information benefits, social support helps moderate the emotional stressors caused by work, and institutions that value employees and solicit their active involvement tend to give better service to their patients. So it would seem that psychologists who strive toward excellence in their work will structure their lives to ensure continued contact with other psychologists.
In addition to whatever personal benefits they derive from social contacts, connected  psychologists also contribute to the advancement of the profession and public welfare to the extent that their interactions help upgrade the knowledge base or otherwise help support the activities of other psychologists.  When asked about how they maintain their social connectedness and sense of community, several psychologists noted that they
• participated on a professional listserv;
• as supervisors ensured that there was sufficient time for supervisees to meet and learn from each other;
• attended continuing education programs;
• maintained memberships in professional associations (and attended meetings);
• formed a journal club; and
• established and maintained professional contacts through electronic media, such as Facebook, Plaxo, or LinkedIn.
However, creating a supportive environment cannot be reduced to a list of several options alone. Instead, it requires openness to meet and discuss with others. It is possible to be physically present at a continuing education workshop, but to be so involved in texting or responding to phone calls during breaks that the event involves little more contact than doing a home study.
What do you do to maintain your professional extroversion?
Feel free to contact Dr. Eric Affsprung, chair of PPA’s Colleague Assistance Committee (Eaffspru@bloomu.edu) with your ideas.
Feel free to post your ideas here.
References
Kilmo, G., Daum, W., Brinker, M., McGruire, E., & Elliott, M. (2000). Orthopaedic medical malpractice: An attorney’s perspective. American Journal of Orthopaedics, 29, 93-97.
Knapp, S., & VandeCreek, L. (2009, fall). Disciplinary actions by a state board of psychology: Does gender and association membership matter? Focus on 31: Division 31 Newsletter, p. 7.
Knapp, S., & Keller, P. (2004, March). What enhances the professional skills of psychologists? Pennsylvania Psychologist, 64(3), 11.
Pope, K., Tabachnick, B., & Keith-Spiegel, P. (1987). Ethics of practice: The beliefs of psychologists as therapists. American Psychologist, 42, 993-1006.

by Melba J.T. Vasquez, PhD
How long does it take before half the psychological knowledge you hold in your area of specialization becomes obsolete? Estimates range from five to six years, according to participants at APA’s 2010 Education Leadership Conference. What’s more, scientific knowledge about best care takes an average of 17 years to be applied broadly and systematically in actual clinical practice, according to the Institute of Medicine. I wish all of you could have been at the conference to be infused with motivation and insight about the importance of lifelong learning, but for those of you who couldn’t, here are some highlights.

Presenters emphasized that it is our ethical responsibility to maintain competence in all our work as researchers, educators and/or practitioners through lifelong learning. To that end, the conference featured science that showcased the best ways to learn, detailed better continuing-education (CE) options and underscored the reality that we spend more time in lifelong learning than in preparation for our careers.

The particular activities that comprise lifelong learning range widely, partly based on specialization. Researchers who need to stay abreast of new methodologies as well as findings may do so by reviewing journal manuscripts, attending APA’s Advanced Training Institutes and going to various conferences. Educators may benefit from those activities and also from tapping centers for teaching and learning available on campuses. Practitioners can also review the literature, as well as attend CE programs and workshops.

Vignette 1: Psychologist in the Middle 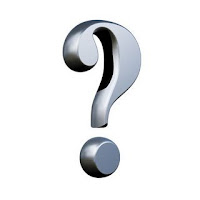 
A psychologist works in an outpatient substance abuse treatment facility.  His patient reveals, during the course of therapy, that a staff person paid to have sex with another patient, who is a prostitute.  The staff member works in another department in the agency.  And, according to the psychologist’s patient, the patient is not aware that one of her customers works in another part of that facility.

The psychologist does not dwell on the situation with the patient.  However, after the session, the psychologist feels uneasy about what his patient revealed.

Are there any ethical obligations of the psychologist who hears this information?

What are potential ethical pitfalls in this scenario?

What, if anything, should the psychologist do?

This weblog or blog emerged from organizational change.


The Pennsylvania Psychological Association’s (PPA) electronic bulletin board is where we shared ethical vignettes with ethics educators across the country.  We used one of four bulletin boards on PPA's web site for this task.  However, PPA revamped the web site and the bulletin boards did not survive the transition.  Therefore, the Ethics Committee needed to brainstorm on how to continue to post ethics vignettes for ethics educators.
After some research and discussion, we decided to launch a blog.  The original purpose was to share the vignettes so valuable to ethics educators.  However, by constructing a blog, we could use it for more than just vignettes.  We decided to start writing blog posts focusing on ethics and ethics education.  We also decided to post previous articles published in The Pennsylvania Psychologist.
Most importantly, we decided to open the blog up to as many people as possible.  There are no passwords to remember, only a site to bookmark.
In addition, there is a simple way to follow this blog by signing up for the email service.  Once you sign up by email, anytime a new item is posted, you will receive an email that something new is on the site.
Our goal is to promote ethics in a way that moves beyond the ethical floor.  While ethical rules, regulations, and statutes are important, we do not plan to focus on these.  Rather, we want to promote positive ethics and psychologists striving to do their best work.  When psychologists work toward their best, they are likely incorporating many of the rules, standards, and codes of conduct into their practice.  By moving beyond the codes, psychologists are better able to provide the highest quality service by striving toward the ethical ceiling.
Finally, we hope that ethics educators will direct their students to this site.  We hope that they find the ethical vignettes and the articles on ethics to be of value.  Educators may encourage their students to participate in the vignette analysis.  Once we have more content on this site, ethics educators may use this site, our podcasts, and any other content to promote professional ethics as more than just a set of rules and codes that need to be memorized.  Ethics is alive everyday in our clinical practices, whether we engage in psychotherapy, consultation, or assessment.
We truly hope that this blog raises awareness about ethics and helps students and professionals become better psychologists.