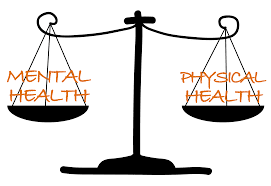 Despite a series of federal laws aimed at ensuring parity in insurance coverage of treatment for mental health and general health conditions, patients with mental disorders continue to face discrimination by insurers. This inequity is often due to overly restrictive utilization review criteria that fail to conform to accepted professional standards.

A recent class action challenge to the practices of the largest U.S. health insurer may represent an important step forward in judicial enforcement of parity laws.

Rejecting the insurer’s guidelines for coverage determinations as inconsistent with usual practices, the court enunciated eight principles that defined accepted standards of care.

In 2013, Natasha Wit, then 17 years old, was admitted to Monte Nido Vista, a residential treatment facility in California for women with eating disorders. At the time, she was said to be suffering from a severe eating disorder, with medical complications that included amenorrhea, adrenal and thyroid problems, vitamin deficiency, and gastrointestinal symptoms. She was also reported to be experiencing symptoms of depression and anxiety, obsessive-compulsive behaviors, and marked social isolation. Four days after admission, her insurer, United Behavioral Health (UBH), denied coverage for her stay on the basis that her “treatment does not meet the medical necessity criteria for residential mental health treatment per UBH Level of Care Guidelines for Residential Mental Health.” The reviewer suggested that she could safely be treated at a less restrictive level of care (1).

Ms. Wit’s difficulty in obtaining coverage from her health insurer for care that she and her treaters believed was medically necessary differed in only one respect from the similar experiences of thousands of patients around the country: her family was able to pay for the 2 months of residential treatment that UBH refused to cover.