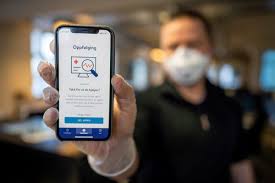 Should you download an app that could notify you if you had been in contact with someone who contracted COVID-19? Such apps are already available in countries such as Israel, Singapore, and Australia, with other countries like the UK and US soon to follow. Here, we explain why you might have an ethical obligation to use a tracing app during the COVID-19 pandemic, even in the face of privacy concerns.

Vulnerability and unequal distribution of risk

Marginalized populations are both hardest hit by pandemics and often have the greatest reason to be sceptical of supposedly benign State surveillance. COVID-19 is a jarring reminder of global inequality, structural racism, gender inequity, entrenched ableism, and many other social divisions. During the SARS outbreak, Toronto struggled to adequately respond to the distinctive vulnerabilities of people who were homeless. In America, people of colour are at greatest risk in several dimensions – less able to act on public health advice such as social distancing, more likely to contract the virus, and more likely to die from severe COVID if they do get infected. When public health advice switched to recommending (or in some cases requiring) masks, some African Americans argued it was unsafe for them to cover their faces in public. People of colour in the US are at increased risk of state surveillance and police violence, in part because they are perceived to be threatening and violent. In New York City, black and Latino patients are dying from COVID-19 at twice the rate of non-Hispanic white people.

Marginalized populations have historically been harmed by State health surveillance. For example, indigenous populations have been the victims of State data collection to inform and implement segregation, dispossession of land, forced migration, as well as removal and ‘re‐education’ of their children. Stigma and discrimination have impeded the public health response to HIV/AIDS, as many countries still have HIV-specific laws that prosecute people living with HIV for a range of offences.  Surveillance is an important tool for implementing these laws. Marginalized populations therefore have good reasons to be sceptical of health related surveillance.