Debunking the Secular Case for Religion 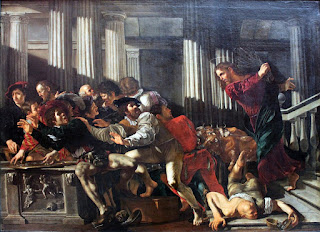 Could we, perhaps, identify the religious traditions that protect civilizations by looking at our history and finding the practices common to all long-lived civilizations? After all, Taleb has claimed that religion is “Lindy;” that is to say it has endured for a long time and therefore must be robust. But the main reason religious teachings have been robust is not that they’ve stood the test of time, but that those who tried to change them tended to be killed. Taleb also doesn’t explain what happens when religious practices differ or clash. Should people follow the precepts of the hardline Wahhabi brand of Islam, or those of a more moderate one? If the Abrahamic religions agree that usury leads to recessions, which of them do we consult on eating pork? Do we follow the Old Testament’s no or the New Testament’s yes, the green light of Christianity or the red light of Islam and Judaism?

Neither Taleb nor Peterson appear to answer these questions. But many evolutionary psychologists have: they say we should not blindly accept any religious edict, because none contain any inherent wisdom. The dominant view among evolutionary psychologists is that religion is not an evolutionary adaptation but a “spandrel,” a by-product of other adaptations. Richard Dawkins has compared religion to the tendency of moths to fly into flames: the moth did not evolve to fly into flames; it evolved to navigate by the light of the moon. Since it’s unable to distinguish between moonlight and candlelight, its attempt to keep a candle-flame in a fixed ommatidium (unit of a compound eye) causes it to keep veering around the flame, until it spirals into it. Dawkins argues that religion didn’t evolve for a purpose; it merely exploits the actual systems we evolved to navigate the world. An example of such a system might be what psychologist Justin Barrett calls the Hyperactive Agent Detection Device, the propensity to see natural phenomena as products of design. Basically, in our evolutionary history, mistaking a natural phenomenon for an artifact was far less risky than mistaking an artifact for a natural phenomenon, so our brains erred toward the former.