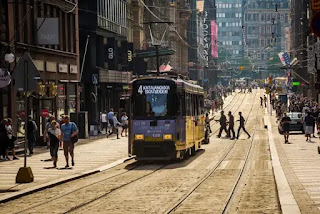 The world’s most robust study of universal basic income has concluded that it boosts recipients’ mental and financial well-being, as well as modestly improving employment.

Finland ran a two-year universal basic income study in 2017 and 2018, during which the government gave 2000 unemployed people aged between 25 and 58 monthly payments with no strings attached.

The payments of €560 per month weren’t means tested and were unconditional, so they weren’t reduced if an individual got a job or later had a pay rise. The study was nationwide and selected recipients weren’t able to opt out, because the test was written into legislation.

Minna Ylikännö at the Social Insurance Institution of Finland announced the findings in Helsinki today via livestream.

The study compared the employment and well-being of basic income recipients against a control group of 173,000 people who were on unemployment benefits.

Between November 2017 and October 2018, people on basic income worked an average of 78 days, which was six days more than those on unemployment benefits.

There was a greater increase in employment for people in families with children, as well as those whose first language wasn’t Finnish or Swedish – but the researchers aren’t yet sure why.

When surveyed, people who received universal basic income instead of regular unemployment benefits reported better financial well-being, mental health and cognitive functioning, as well as higher levels of confidence in the future.