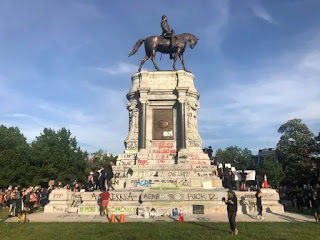 (1) If some monument(s) unavoidably harms undeserving people, then there is moral reason to remove that monument.

(1) should be uncontroversial since it follows from the more general claim that we have moral reason to avoid harming innocent people.

Part (i) of (2) is supported by the ample testimony of the groups fighting to remove Confederate monuments. Many know the history behind them, and are constantly reminded of the racist motivation for their creation, and suffer as a consequence.

The above argument is but one possible point of entry into this complex debate. If successful, it shows that we’re obligated to continue removing public Confederate monuments.

The Pro and Con arguments are here.