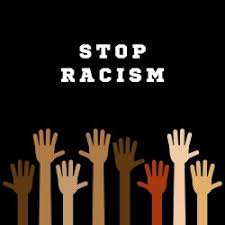 We are facing a historic moment of reckoning. The violent murder of George Floyd in Minneapolis ignited a movement that has engulfed the entire country. As people demand companies and organizations to account for their complicity in systemic racism, Black scholars are shedding new light on the anti-Blackness embedded within academic institutions.

Black scholars such as Dr. Shardé M. Davis and Joy Melody Woods, for example, have started the #BlackintheIvory to bring renewed attention to the Micro and Macro level racism Black scholars experience in academia. A number of white scholars, on the other hand, are using this moment as an opportunity for hollow virtue signaling. Many have taken to social media to publicly declare that they are allies of Black people. It is unclear, however, if these performances of “woke-ness” will translate into efforts to address the systemic racism embedded in their departments and universities. From my experiences as a graduate student, it is unlikely that it will. Yet, for white scholars who are genuinely interested in using this moment to begin the process of unlearning the racist practices common in academia, there are a few practical steps that they can take.

Below is a list of 5 things I think white scholars can do to begin to address racism in their day-to-day encounters with Black scholars.
The full text is here.