Metacognition in moral decisions: judgment extremity and feeling of rightness in moral intuitions 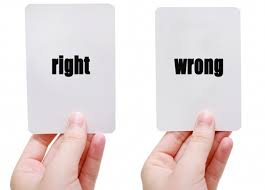 Solange Vega and others
Thinking & Reasoning

This research investigated the metacognitive underpinnings of moral judgment. Participants in two studies were asked to provide quick intuitive responses to moral dilemmas and to indicate their feeling of rightness about those responses. Afterwards, participants were given extra time to rethink their responses, and change them if they so wished. The feeling of rightness associated with the initial judgments was predictive of whether participants chose to change their responses and how long they spent rethinking them. Thus, one’s metacognitive experience upon first coming up with a moral judgment influences whether one sticks to that initial gut feeling or decides to put more thought into it and revise it. Moreover, while the type of moral judgment (i.e., deontological vs. utilitarian) was not consistently predictive of metacognitive experience, the extremity of that judgment was: Extreme judgments (either deontological or utilitarian) were quicker and felt more right than moderate judgments.

Also consistent with Bago and De Neys’ findings (2018), these results show that few people revise their responses from one type of moral judgment to the other (i.e., from deontological to utilitarian, or vice-versa). Still,many people do revise their responses, though these are subtler revisions of extremity within one type of response. These results speak against the traditional corrective model, whereby people tend to change from deontological intuitions to utilitarian deliberations in the course of making moral judgments. At the same time, they suggest a more nuanced perspective than what one might conclude from Bago and De Neys’results that fewpeople revise their responses. In sum, few people make revisions in the kind of response they give, but many do revise the degree to which they defend a certain moral position.