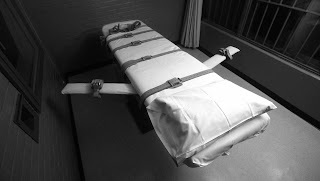 A record-low 54% of Americans consider the death penalty to be morally acceptable, marking a six-percentage-point decrease since last year. This finding, from Gallup's May 1-13 Values and Beliefs poll, is in line with polling last fall that showed decreased public support for the death penalty and a record-high preference for life imprisonment over the death penalty as a better punishment for murder.

Gallup has measured Americans' beliefs about the moral acceptability of the death penalty and numerous other social issues each May since 2001.

The latest decrease in the public's tolerance for the death penalty is largely owed to political liberals and moderates. While two-thirds of conservatives still consider it to be morally acceptable, moderates (56%) and liberals (37%) are at their lowest levels since 2001.

And, oddly enough, smoking marijuana is more morally acceptable (by a small percent) than gay or lesbian relationships.