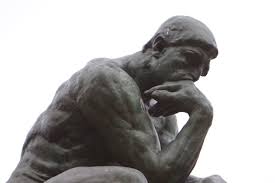 Rationalization occurs when a person has performed an action and then concocts the beliefs and desires that would have made it rational. Then, people often adjust their own beliefs and desires to match the concocted ones. While many studies demonstrate rationalization, and a few theories describe its underlying cognitive mechanisms, we have little understanding of its function. Why is the mind designed to construct post hoc rationalizations of its behavior, and then to adopt them? This may accomplish an important task: transferring information between the different kinds of processes and representations that influence our behavior. Human decision making does not rely on a single process; it is influenced by reason, habit, instinct, norms, and so on. Several of these influences are not organized according to rational choice (i.e., computing and maximizing expected value). Rationalization extracts implicit information – true beliefs and useful desires – from the influence of these non-rational systems on behavior. This is a useful fiction – fiction, because it imputes reason to non-rational psychological processes; useful, because it can improve subsequent reasoning. More generally, rationalization belongs to the broader class of representational exchange mechanisms, which transfer information between many different kinds of psychological representations that guide our behavior. Representational exchange enables us to represent any information in the manner best suited to the particular tasks that require it, balancing accuracy, efficiency, and flexibility in thought. The theory of representational exchange reveals connections between rationalization and theory of mind, inverse reinforcement learning, thought experiments, and reflective equilibrium.

But human action is also shaped by non-rational forces. In these cases, any answer to the question Why did I do that? that invokes belief, desire, and reason is at best a useful fiction.  Whether or not we realize it, the question we are actually answering is: What facts would have made that worth doing? Like an amnesic government agent, we are trying to divine our programmer’s intent – to understand the nature of the world we inhabit and our purpose in it. In these cases, rationalization implements a kind of rational inference. Specifically, we infer an adaptive set of representations that guide subsequent reasoning, based on the behavioral prescriptions of non-rational systems. This inference is valid because reasoning, like non-rational processes, is ultimately designed to maximize biological fitness. It is akin to IRL as well as to Bayesian models of theory of mind, and thus it offers a new interpretation of the function of these processes.

The target article is here, along with expert commentary.