Justice without Retribution: An Epistemic Argument against Retributive Criminal Punishment 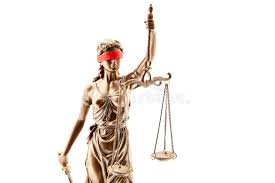 Within the United States, the most prominent justification for criminal punishment is retributivism. This retributivist justification for punishment maintains that punishment of a wrongdoer is justified for the reason that she deserves something bad to happen to her just because she has knowingly done wrong—this could include pain, deprivation, or death. For the retributivist, it is the basic desert attached to the criminal’s immoral action alone that provides the justification for punishment. This means that the retributivist position is not reducible to consequentialist considerations nor in justifying punishment does it appeal to wider goods such as the safety of society or the moral improvement of those being punished. A number of sentencing guidelines in the U.S. have adopted desert as their distributive principle, and it is increasingly given deference in the “purposes” section of state criminal codes, where it can be the guiding principle in the interpretation and application of the code’s provisions. Indeed, the American Law Institute recently revised the Model Penal Code so as to set desert as the official dominate principle for sentencing. And courts have identified desert as the guiding principle in a variety of contexts, as with the Supreme Court’s enthroning retributivism as the “primary justification for the death penalty.” While retributivism provides one of the main sources of justification for punishment within the criminal justice system, there are good philosophical and practical reasons for rejecting it. One such reason is that it is unclear that agents truly deserve to suffer for the wrongs they have done in the sense required by retributivism. In the first section, I explore the retributivist justification of punishment and explain why it is inconsistent with free will skepticism. In the second section, I then argue that even if one is not convinced by the arguments for free will skepticism, there remains a strong epistemic argument against causing harm on retributivist grounds that undermines both libertarian and compatibilist attempts to justify it. I maintain that this argument provides sufficient reason for rejecting the retributive justification of criminal punishment. I conclude in the third section by briefly sketching my public health-quarantine model, a non-retributive alternative for addressing criminal behavior that draws on the public health framework and prioritizes prevention and social justice. I argue that the model is not only consistent with free will skepticism and the epistemic argument against retributivism, it also provides the most justified, humane, and effective way of dealing with criminal behavior.