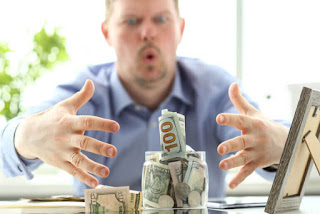 Previous research indicates that hungry people are prone to making impatient decisions and opt for immediate rather than delayed benefits. In the present study, researchers sought to test how the combination of hunger and exposure to sexual ads would affect people’s financial decisions.

“One of the reasons we were interested in this topic was the quite ambiguous effects of sex in advertising, as demonstrated in previous research. Moreover, we wanted to explore potentially interactive effects between two basic human drives (in our case linked to hunger and sexual arousal) on people’s financial decisions,” said study author Tobias Otterbring, an associate professor at Aarhus University.

The results indicate that being exposed to sexual ads while being hungry increases the likelihood of making impatient financial decisions for men. For women, the combination of hunger and sexual ads, on the contrary, is linked to greater chances of being patient in one’s financial choices.

“Our findings indicate that men and women (or at least male and female undergraduates, which constituted our sample) make different financial decisions after visual exposure to ads with sexually arousing content, but that such sex differences only seem to apply to hungry rather than satiated individuals. According to our results, satiated men and women do not differ in their financial decisions after viewing sexually arousing ads,” Otterbring told PsyPost.