Prejudiced and unaware of it: Evidence for the Dunning-Kruger model in the domains of racism and sexism 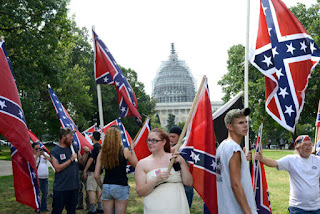 Prior research, and high-prolife contemporary examples, show that individuals tend to underestimate their own levels of bias. This underestimation is partially explained by motivational factors. However, (meta-) cognitive factors may also be involved. Conceptualising contemporary egalitarianism as type of skill or competence, this research proposed that egalitarianism should conform to the Dunning-Kruger model. That is, individuals should overestimate their own ability, and this overestimation should be strongest in the least competent individuals. Furthermore, training should improve metacognition and reduce this overestimation. Two studies on racism (N = 148), and sexism (N = 159) partially supported these hypotheses. In line with the Dunning-Kruger model, participants overestimated their levels of racial and gender-based egalitarianism, and this pattern was strongest among the most prejudiced participants. However, diversity training did not affect participants' overestimation of their egalitarianism. Implications for contemporary prejudice, and prejudice-reducing strategies are discussed.

For many reasons, contemporary discussions of prejudice can be quite acrimonious. Members of socially advantaged groups may find such discussions difficult, unpleasant, or threatening Apfelbaum, Pauker, Ambady, Sommers, & Norton, 2008; Dover, Major, & Kaiser, 2016; Norton et al., 2006). Political divisions may lead members of both advantaged and disadvantaged groups to attribute overly negative motivations to the other group (Goff et al., 2014; Reeder, 2005; Taber, Brook, & Franklin, 2006). Motivation certainly forms an important part of the picture. However, this research suggests that, even if such motivational considerations were accounted for, there may be important cognitive hindrances to understanding and reducing prejudice that would have to be addressed. In line with the Dunning-Kruger model, this research found that very prejudiced individuals (i.e., those low in egalitarianism) may be genuinely unaware of their shortcomings because they lack the meta-cognition necessary to perceive them. It is thus possible that some solutions to contemporary prejudice may rely less on motivation and more on education.