Ethics of Artificial Intelligence and Robotics 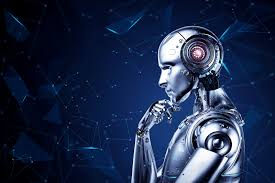 1.1 Background of the Field

The ethics of AI and robotics is often focused on “concerns” of various sorts, which is a typical response to new technologies. Many such concerns turn out to be rather quaint (trains are too fast for souls); some are predictably wrong when they suggest that the technology will fundamentally change humans (telephones will destroy personal communication, writing will destroy memory, video cassettes will make going out redundant); some are broadly correct but moderately relevant (digital technology will destroy industries that make photographic film, cassette tapes, or vinyl records); but some are broadly correct and deeply relevant (cars will kill children and fundamentally change the landscape). The task of an article such as this is to analyse the issues and to deflate the non-issues.

Some technologies, like nuclear power, cars, or plastics, have caused ethical and political discussion and significant policy efforts to control the trajectory these technologies, usually only once some damage is done. In addition to such “ethical concerns”, new technologies challenge current norms and conceptual systems, which is of particular interest to philosophy. Finally, once we have understood a technology in its context, we need to shape our societal response, including regulation and law. All these features also exist in the case of new AI and Robotics technologies—plus the more fundamental fear that they may end the era of human control on Earth.

The ethics of AI and robotics has seen significant press coverage in recent years, which supports related research, but also may end up undermining it: the press often talks as if the issues under discussion were just predictions of what future technology will bring, and as though we already know what would be most ethical and how to achieve that. Press coverage thus focuses on risk, security (Brundage et al. 2018, see under Other Internet Resources [hereafter OIR]), and prediction of impact (e.g., on the job market). The result is a discussion of essentially technical problems that focus on how to achieve a desired outcome. Current discussions in policy and industry are also motivated by image and public relations, where the label “ethical” is really not much more than the new “green”, perhaps used for “ethics washing”. For a problem to qualify as a problem for AI ethics would require that we do not readily know what the right thing to do is. In this sense, job loss, theft, or killing with AI is not a problem in ethics, but whether these are permissible under certain circumstances is a problem. This article focuses on the genuine problems of ethics where we do not readily know what the answers are.

The entry is here.