Deepfakes Are Going To Wreak Havoc On Society. We Are Not Prepared. 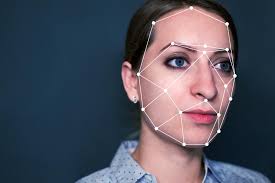 A handful of websites dedicated specifically to deepfake pornography have emerged, collectively garnering hundreds of millions of views over the past two years. Deepfake pornography is almost always non-consensual, involving the artificial synthesis of explicit videos that feature famous celebrities or personal contacts.

From these dark corners of the web, the use of deepfakes has begun to spread to the political sphere, where the potential for mayhem is even greater.

It does not require much imagination to grasp the harm that could be done if entire populations can be shown fabricated videos that they believe are real. Imagine deepfake footage of a politician engaging in bribery or sexual assault right before an election; or of U.S. soldiers committing atrocities against civilians overseas; or of President Trump declaring the launch of nuclear weapons against North Korea. In a world where even some uncertainty exists as to whether such clips are authentic, the consequences could be catastrophic.

Because of the technology’s widespread accessibility, such footage could be created by anyone: state-sponsored actors, political groups, lone individuals.