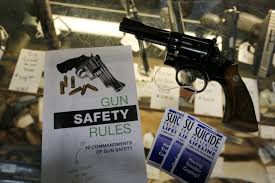 A study published in the New England Journal of Medicine expands on past research on the association between access to guns and suicide, finding that handgun ownership is associated with an elevated risk of suicide by firearm, particularly immediately after the gun is acquired.

Since the COVID-19 pandemic began, gun sales have sharply increased, an accompanying commentary pointed out. In March, Americans bought nearly two million guns, marking the second-highest monthly total since 1998, when the Federal Bureau of Investigation (FBI) began publishing such data.

“How will the current surge of gun purchases affect firearm-related violence?” wrote Chana A. Sacks, M.D., M.P.H., and Stephen J. Bartels, M.D., in their commentary. “With an additional 2 million guns now in households across the country at a time of widespread unemployment, social isolation, and acute national stress that is unprecedented in our lifetime, we urgently need to find out.”

Lead author David M. Studdert, LL.B., Sc.D., of the Stanford Law School and School of Medicine and colleagues tracked firearm ownership and mortality over 12 years (2004-2016) among 26.3 million adults in California. They used the California Statewide Voter Registration Database to form the cohort, as the database updates its information on registered voters in the state every year.

The researchers then used the California Department of Justice’s Dealer Record of Sale for details on which cohort members acquired handguns and when. Additionally, the California Death Statistical Master Files provided records of all deaths reported during the study period.

The alert is here.