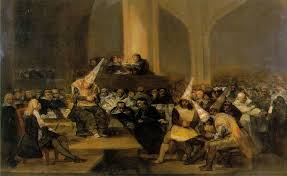 When I speak of moralism, in this context, what I am concerned with, in general terms, is the misuse of morality for ends and purposes that are themselves vicious or corrupt. Moralisers present the facade of genuine moral concern but their real motivations rest with interests and satisfactions of a very different character. When these motivations are unmasked, they are shown to be tainted and considerably less attractive than we suppose. Among these motivations are cruelty, malice and sadism. Not all forms of moralism, however, are motivated in this way. On the contrary, it could be argued that the most familiar and common form of moralism is rooted not in cruelty but in vanity.

The basic idea behind vain moralism is that the agents’ (moral) conduct and conversation is motivated with a view to inflating their social and moral standing in the eyes of others. This is achieved by way of flaunting their moral virtues for others to praise and admire. Any number of moralists through the ages – reaching back to the likes of François de La Rochefoucauld (1613-80) and Bernard Mandeville (1670-1733) – have attempted to show that it is vanity that lies behind most, if not all, of our moral conduct and activity. While theories of this kind no doubt exaggerate and distort the truth, they do make sense of much of what troubles us about moralism.

One feature of vain moralism that is especially troubling is that an excessive or misplaced concern with our moral reputation and standing suggests that moralisers of this kind lack any deep or sincere commitment to the values, principles and ideals that they want others to believe animates their conduct and character. Moralisers of this kind are essentially superficial and fraudulent. We have, of course, countless examples of this sort of moral personality, ranging from Evangelical preachers caught in airport motels taking drugs with male prostitutes, to any number of highly paid professors wining and dining on the lecture circuit while explaining the need for social justice and advocating extreme forms of egalitarianism. For the most part, these characters and their activities – whatever their doctrine – are a matter of ridicule rather than of grave moral concern. Over time, the motivations behind their ‘grandstanding’ and ‘virtue signalling’ will be exposed for what it is, and the moralisers’ shallow commitment to their professed ideals and values becomes apparent to all. While we shouldn’t dismiss the vain moraliser as simply innocuous, there is no essential connection between moralism of this kind and cruelty or sadism.