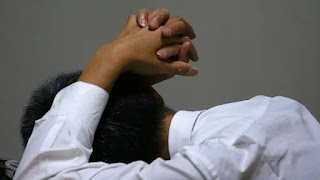 The decline of traditional faith in America has coincided with an explosion of new atheisms. Some people worship beauty, some worship political identities, and others worship their children. But everybody worships something. And workism is among the most potent of the new religions competing for congregants.

What is workism? It is the belief that work is not only necessary to economic production, but also the centerpiece of one’s identity and life’s purpose; and the belief that any policy to promote human welfare must always encourage more work.

Homo industrious is not new to the American landscape. The American dream—that hoary mythology that hard work always guarantees upward mobility—has for more than a century made the U.S. obsessed with material success and the exhaustive striving required to earn it.

No large country in the world as productive as the United States averages more hours of work a year. And the gap between the U.S. and other countries is growing. Between 1950 and 2012, annual hours worked per employee fell by about 40 percent in Germany and the Netherlands—but by only 10 percent in the United States. Americans “work longer hours, have shorter vacations, get less in unemployment, disability, and retirement benefits, and retire later, than people in comparably rich societies,” wrote Samuel P. Huntington in his 2005 book Who Are We?: The Challenges to America’s National Identity.

One group has led the widening of the workist gap: rich men.

In 1980, the highest-earning men actually worked fewer hours per week than middle-class and low-income men, according to a survey by the Minneapolis Fed. But that’s changed. By 2005, the richest 10 percent of married men had the longest average workweek. In that same time, college-educated men reduced their leisure time more than any other group. Today, it is fair to say that elite American men have transformed themselves into the world’s premier workaholics, toiling longer hours than both poorer men in the U.S. and rich men in similarly rich countries.

This shift defies economic logic—and economic history. The rich have always worked less than the poor, because they could afford to. The landed gentry of preindustrial Europe dined, danced, and gossiped, while serfs toiled without end. In the early 20th century, rich Americans used their ample downtime to buy weekly movie tickets and dabble in sports. Today’s rich American men can afford vastly more downtime. But they have used their wealth to buy the strangest of prizes: more work!