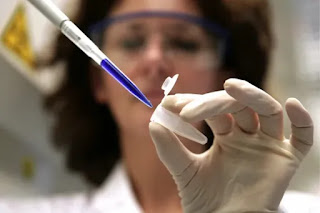 Although the rationale for expanded genetic testing is obviously meant for the greater good, such testing could also bring with it a host of privacy and economic harms. In the past, genetic testing has also been associated with employment discrimination. Even before the current crisis, companies like 23andMe and Ancestry assembled and started operating their own private long-term large-scale databases of U.S. citizens’ genetic and health data. 23andMe and Ancestry recently announced they would use their databases to identify genetic factors that predict COVID-19 susceptibility.

Other companies are growing similar databases, for a range of purposes. And the NIH’s AllofUs program is constructing a genetic database, owned by the federal government, in which data from one million people will be used to study various diseases. These new developments indicate an urgent need for appropriate genetic data governance.

Leaders from the biomedical research community recently proposed a voluntary code of conduct for organizations constructing and sharing genetic databases. We believe that the public has a right to understand the risks of genetic databases and a right to have a say in how those databases will be governed. To ascertain public expectations about genetic data governance, we surveyed over two thousand (n=2,020) individuals who altogether are representative of the general U.S. population. After educating respondents about the key benefits and risks associated with DNA databases—using information from recent mainstream news reports—we asked how willing they would be to provide their DNA data for such a database.