Freedom in an Age of Algocracy 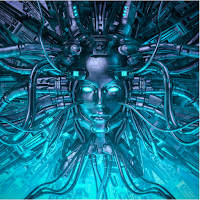 There is a growing sense of unease around algorithmic modes of governance ('algocracies') and their impact on freedom. Contrary to the emancipatory utopianism of digital enthusiasts, many now fear that the rise of algocracies will undermine our freedom. Nevertheless, there has been some struggle to explain exactly how this will happen. This chapter tries to address the shortcomings in the existing discussion by arguing for a broader conception/understanding of freedom as well as a broader conception/understanding of algocracy. Broadening the focus in this way enables us to see how algorithmic governance can be both emancipatory and enslaving, and provides a framework for future development and activism around the creation of this technology.

Finally, I’ve outlined a framework for thinking about the likely impact of algocracy on freedom. Given the complexity of freedom and the complexity of algocracy, I’ve argued that there is unlikely to be a simple global assessment of the freedom-promoting or undermining power of algocracy. This is something that has to be assessed and determined on a case-by-case basis. Nevertheless, there are at least five interesting and relatively novel mechanisms through which algocratic systems can both promote and undermine freedom. We should pay attention to these different mechanisms, but do so in a properly contextualized manner, and not by ignoring the pre-existing mechanisms through which freedom is undermined and promoted.

The book chapter is here.