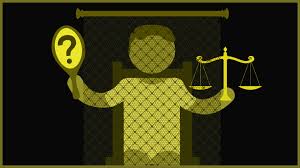 The COVID-19 crisis has forced healthcare professionals to make tragic decisions concerning which patients to save. A utilitarian principle favors allocating scarce resources such as ventilators toward younger patients, as this is expected to save more years of life. Some view this as ageist, instead favoring age-neutral principles, such as “first come, first served”. Which approach is fairer? Veil-of-ignorance reasoning is a decision procedure designed to produce fair outcomes. Here we apply veil-of-ignorance reasoning to the COVID-19 ventilator dilemma, asking participants which policy they would prefer if they did not know whether they are younger or older. Two studies (pre-registered; online samples; Study 1, N=414; Study 2 replication, N=1,276) show that veil-of-ignorance reasoning shifts preferences toward saving younger patients. The effect on older participants is dramatic, reversing their opposition toward favoring the young. These findings provide concrete guidance to healthcare policymakers and front line personnel charged with allocating scarce medical resources during times of crisis.

In two pre-registered studies, we show that veil-of-ignorance reasoning favors allocating scarce medical resources to younger patients during the COVID-19 crisis. A strong majority of participants who engaged in veil-of-ignorance reasoning concluded that a policy of maximizing the number of life-years saved is what they would want for themselves if they did not know whom they were going to be.Importantly, engaging in veil-of-ignorance reasoning subsequently produced increased moral approval of this utilitarian policy. These findings, though predicted based on prior research(Huang, Greene, &Bazerman, 2019), make three new contributions. First, they apply directly to an ongoing crisis in which competing claims to fairness must be resolved. While the ventilator shortage in the developed world has been less acute than many feared, it may reemerge in greater force as the COVID-19 crisis spreads to the developing world (Woodyatt, 2020). Second, the dilemma considered here differs from those considered previously because it concerns maximizing the number of life-years saved, rather than the number of lives saved.Finally, the results show the power of the veil to eliminate self-serving bias. In the control condition, few older participants (33%) favored prioritizing younger patients. But after engaging in veil-of-ignorance reasoning, most older participants (62%) favored doing so, just like younger participants.