Uncovering the moral heuristics of altruism: A philosophical scale 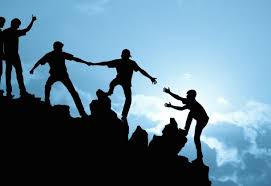 Extant research suggests that individuals employ traditional moral heuristics to support their observed altruistic behavior; yet findings have largely been limited to inductive extrapolation and rely on relatively few traditional frames in so doing, namely, deontology in organizational behavior and virtue theory in law and economics. Given that these and competing moral frames such as utilitarianism can manifest as identical behavior, we develop a moral framing instrument—the Philosophical Moral-Framing Measure (PMFM)—to expand and distinguish traditional frames associated and disassociated with observed altruistic behavior. The validation of our instrument based on 1015 subjects in 3 separate real stakes scenarios indicates that heuristic forms of deontology, virtue-theory, and utilitarianism are strongly related to such behavior, and that egoism is an inhibitor. It also suggests that deontic and virtue-theoretical frames may be commonly perceived as intertwined and opens the door for new research on self-abnegation, namely, a perceived moral obligation toward suffering and self-denial. These findings hold the potential to inform ongoing conversations regarding organizational citizenship and moral crowding out, namely, how financial incentives can undermine altruistic behavior.