Reviving the US CDC 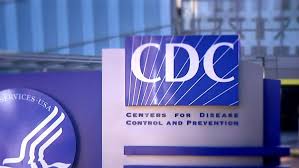 The COVID-19 pandemic continues to worsen in the USA with 1·3 million cases and an estimated death toll of 80 684 as of May 12. States that were initially the hardest hit, such as New York and New Jersey, have decelerated the rate of infections and deaths after the implementation of 2 months of lockdown. However, the emergence of new outbreaks in Minnesota, where the stay-at-home order is set to lift in mid-May, and Iowa, which did not enact any restrictions on movement or commerce, has prompted pointed new questions about the inconsistent and incoherent national response to the COVID-19 crisis.

The US Centers for Disease Control and Prevention (CDC), the flagship agency for the nation's public health, has seen its role minimised and become an ineffective and nominal adviser in the response to contain the spread of the virus. The strained relationship between the CDC and the federal government was further laid bare when, according to The Washington Post, Deborah Birx, the head of the US COVID-19 Task Force and a former director of the CDC's Global HIV/AIDS Division, cast doubt on the CDC's COVID-19 mortality and case data by reportedly saying: “There is nothing from the CDC that I can trust”. This is an unhelpful statement, but also a shocking indictment of an agency that was once regarded as the gold standard for global disease detection and control. How did an agency that was the first point of contact for many national health authorities facing a public health threat become so ill-prepared to protect the public's health?