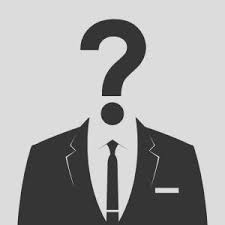 Certain of our traits are thought more central to who we are: they comprise our individual identity. What makes these traits privileged in this way? What accounts for their identity centrality? Although considerations of identity play a key role in many different areas of moral philosophy, I argue that we currently have no satisfactory account of the basis of identity centrality. Nor should we expect one. Rather, we should adopt an error theory: we should concede that there is nothing in reality corresponding to the perceived distinction between the central and peripheral traits of a person.

Considerations of identity play a key role in many different areas of contemporary moral philosophy. The following is not intended as an exhaustive survey. I will focus on just four key issues: the ethics of biomedical enhancement; blame and responsibility; constructivist theories in meta‐ethics; and the value of moral testimony.

The wide‐ranging moral importance of individual identity plausibly reflects its intimate connection to the ethics of authenticity (Taylor, 1991). To a first approximation, authenticity is achieved when the way a person lives is expressive of her most centrally defining traits. Inauthenticity occurs when she fails to give expression to these traits. The key anxiety attached to the ideal of authenticity is that the conditions of modern life conspire to mask the true self beneath the demands of social conformity and the enticements of mass culture (Riesman, Glazer, & Denney, 1961/2001; Rousseau, 1782/2011). In spite of this perceived incongruity, authenticity is considered one of the constitutive ideals of modernity (Guignon, 2004; Taylor, 1989, 1991).

Considerations of authenticity have played a key role in recent debates on human enhancement (Juth, 2011). The specific type of enhancement at issue here is cosmetic psychopharmacology: the use of psychiatric drugs to bring about changes in mood and personality, allowing already healthy individuals to lead happier and more successful lives by becoming less shy, more confident, etc. (Kramer, 1993). Many find cosmetic psychopharmacology disturbing. In an influential paper, Elliott (1998) suggests that what disturbs us is the apparent inauthenticity involved in this kind of personal transformation: the pursuit of a new, enhanced personality represents a flight from the real you. Defenders of enhancement charge that Elliott's concern rests on a mistaken conception of identity. DeGrazia (2000, 2005) argues that Elliott fails to appreciate the extent to which a person's identity is determined by her own reflexive attitudes. Because of the authoritative role assigned to a person's self‐conception, DeGrazia concludes that if a person wholeheartedly desires to change some aspect of herself, she cannot meaningfully be accused of inauthenticity.