During the Pandemic, the FCC Must Provide Internet for All 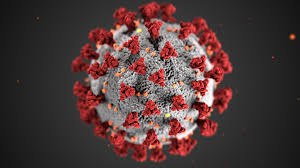 If anyone believed access to the internet was not essential prior to the Covid-19 pandemic, nobody is saying that today. With ongoing stay-at-home orders in most states, high-speed broadband internet access has become a necessity to learn, work, engage in commerce and culture, keep abreast of news about the virus, and stay connected to neighbors, friends, and family. Yet nearly a third of American households do not have this critical service, either because it is not available to them, or, as is more often the case, they cannot afford it.

Lifeline is a government program that seeks to ensure that all Americans are connected, regardless of income. Started by the Reagan administration and placed into law by Congress in 1996, Lifeline was expanded by the George W. Bush administration and expanded further during the Obama administration. The program provides a $9.25 a month subsidy per household to low-income Americans for phone and/or broadband service. Because the subsidy is so minimal, most Lifeline customers use it for mobile voice and data services.

The Federal Communications Commission sets Lifeline’s policies, including rules about who is eligible to receive the subsidy, its amount, and which companies can provide the service. Americans whose income is below a certain level or who receive government assistance—such as Medicaid, the Supplemental Nutrition Assistance Program, or SNAP, and Supplemental Security Income, or SSI—are eligible.

During this crisis, President Donald Trump’s FCC could make an enormous dent in the digital divide if it expanded Lifeline, even if just on a temporary basis. The FCC could increase the subsidy so that it can be used to pay for robust fixed internet access. It could also make Lifeline available to a broader subset of Americans, specifically the tens of millions who have just filed for unemployment benefits. But that’s unlikely to be a priority for this FCC and its chairman, Ajit Pai, who has spent nearly his entire tenure trying to destroy the program.