“Do the right thing” for whom? An experiment on ingroup favouritism, group assorting and moral suasion 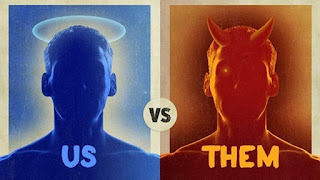 In this paper we investigate the effect of moral suasion on ingroup favouritism. We report a well-powered, pre-registered, two-stage 2x2 mixed-design experiment. In the first stage, groups are formed on the basis of how participants answer a set of questions, concerning non-morally relevant issues in one treatment (assorting on non-moral preferences), and morally relevant issues in another treatment (assorting on moral preferences). In the second stage, participants choose how to split a given amount of money between participants of their own group and participants of the other group, first in the baseline setting and then in a setting where they are told to do what they believe to be morally right (moral suasion). Our main results are: (i) in the baseline, participants tend to favour their own group to a greater extent when groups are assorted according to moral preferences, compared to when they are assorted according to non-moral preferences; (ii) the net effect of moral suasion is to decrease ingroup favouritism, but there is also a non-negligible proportion of participants for whom moral suasion increases ingroup favouritism; (iii) the effect of moral suasion is substantially stable across group assorting and four pre-registered individual characteristics (gender, political orientation, religiosity, pro-life vs pro-choice ethical convictions).

The interest in moral suasion stems, at least in part, from being a cheap and possibly effective policy tool that could be applied to foster prosocial behaviours. While the literature on moral behaviour has so far produced a substantial body of evidence showing the effectiveness of moral suasion, its dependence on the identity of the recipients of the decision-maker’s actions is far less studied, leaving open the possibility that individuals react to moral suasion by reducing prosociality towards some types of recipients. This paper has addressed this issue in the setting of a decision to split a given amount of money between members of one’s own group and members of another group, providing experimental evidence that, on average, moral suasion increases pro-sociality towards both the ingroup and the outgroup; however, the increase towards the outgroup is greater than the increase towards the ingroup, and this results in the fact that ingroup favouritism, on average, declines under moral suasion.