Suggestions for a New Integration in the Psychology of Morality 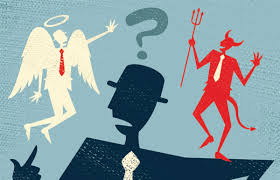 To prepare a basis for a new model of morality, theories in the psychology of morality are reviewed, comparing those put forward before and after the emergence of evolutionary psychology in the last quarter of the 20th century. Concepts of embodied sociality and reciprocal moral emotions are introduced. Three ‘morality clusters’ consisting of relational models (Fiske, 1991), moral domains (Shweder, Much, Mahapatra, & Park, 1997) and reciprocal sets of other-blaming and selfconscious emotions are linked to three evolutionary bases for morality (kin selection, social hierarchy, and reciprocal altruism). Evidence regarding these concepts is marshaled to support the model. The ‘morality clusters’ are compared with classifications based on Haidt’s moral foundations (Haidt & Graham 2007). Further evidence regarding hierarchy based on sexual selection, exchange and
reciprocity, moral development, cultural differences and universals, and neurological discoveries, especially mirror neurons, is also discussed.

Alternative combinations of these elements have been suggested, most notably by Haidt and his colleagues (Graham, Haidt, & Nosek, forthcoming; Haidt & Joseph, 2008), mapping Shweder’s three ethics or moral domains, and Fiske’s relational models, onto Haidt’s moral foundations. As described above, these authors match community with ingroup/loyalty and authority; autonomy with harm/care and fairness/reciprocity; and divinity with purity/sanctity. In addition, they suggest that three of the foundations can be matched with three of Fiske’s relational models (leaving out MP). In this scheme, fairness/reciprocity is linked with EM, care and ingroup morality with CS, and authority/respect with AR. Harm and purity as moral foundations are not linked with relational models, as they argue that these two foundations ‘are not primarily modes of interpersonal relationship (Haidt & Joseph, 2008; p. 386). Similar to my proposed clusters, they also link the morality of harm and care to kin selection and that of fairness to evolved mechanisms of reciprocal altruism, but in contrast see purity as a derivative of disgust mechanisms without a specific social basis.