'A coronavirus depression could be the great leveller' 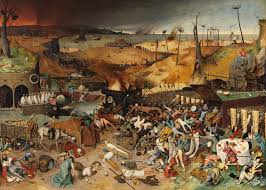 So could the pandemic of our era, already considered the greatest global crisis since the second world war, turn out to be a great societal leveller?

Scheidel’s short answer is that the longer the pandemic wreaks havoc on the global economy, the greater the potential for radical equalising change. “It depends on how severe the crisis is going to be, how long it’s going to last and how much it’s ultimately going to interrupt supply chains.”

The pandemic has already exposed the limits of the market and highlighted the importance of effective state intervention and strong public healthcare provision. In the future this may well create a tolerance for higher and more progressive taxation. Governments have had to intervene to prop up businesses and jobs in ways that only months ago would have seemed unimaginable. The viability of a universal basic income — a dream for egalitarians worldwide — is once again part of the mainstream debate in many countries.

The response at EU level also shows a willingness for strong public intervention and an end to the fiscal restraint approach of the last decade — at least, temporarily.

As people start to believe in government intervention again, the post-corona political landscape may well provide fertile soil for reversing a situation where, since 1980, the richest 1% in the UK have tripled their share of household income and the wealth of the European top 1% grew twice as fast as the bottom 50%.

But Scheidel cautions that, while disasters are not uncommon, tectonic shifts are historical anomalies. In other words, it may take a disaster to usher in more equality, but not every disaster does.