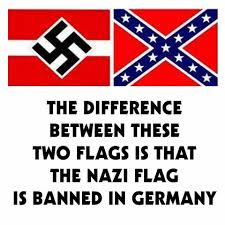 The Marine Corps has banned all public displays of the Confederate flag from Marine Corp installations worldwide.

The Marines issued guidance on Friday on how commanders are to identify and remove the display of the flag within workplaces, common-access areas, and public areas on their installations.

The Marines say that the flag "presents a threat to our core values, unit cohesion, security, and good order and discipline."