When Google and Apple get privacy right, is there still something wrong? 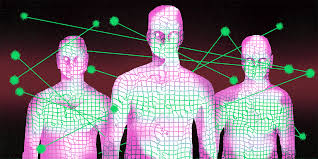 As the understanding that we are in this for the long run settles in, the world is increasingly turning its attention to technological solutions to address the devastating COVID-19 virus. Contact-tracing apps in particular seem to hold much promise. Using Bluetooth technology to communicate between users’ smartphones, these apps could map contacts between infected individuals and alert people who have been in proximity to an infected person. Some countries, including China, Singapore, South Korea and Israel, have deployed these early on. Health authorities in the UK, France, Germany, the Netherlands, Iceland, the US and other countries, are currently considering implementing such apps as a means of easing lock-down measures.

There are some bottlenecks. Do they work? The effectiveness of these applications has not been evaluated — in isolation or as part of an integrated strategy. How many people would need to use them? Not everyone has a smartphone. Even in rich countries, the most vulnerable group, aged over 80, is least likely to have one. Then there’s the question about fundamental rights and liberties, first and foremost privacy and data protection. Will contact-tracing become part of a permanent surveillance structure in the prolonged “state of exception” we are sleep-walking into?

Prompted by public discussions about this last concern, a number of European governments have indicated the need to develop such apps in a way that would be privacy preserving, while independent efforts involving technologists and scientists to deliver privacy-centric solutions have been cropping up. The Pan-European Privacy-Preserving Tracing Initiative (PEPP-IT), and in particular the Decentralised Privacy-Preserving Proximity Tracing (DP-3T) protocol, which provides an outline for a decentralised system, are notable forerunners. Somewhat late in the game, the European Commission last week issued a Recommendation for a pan-European approach to the adoption of contact-tracing apps that would respect fundamental rights such as privacy and data protection.