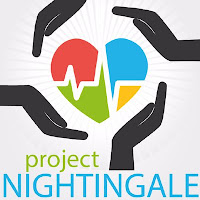 The senators, in a letter Monday to St. Louis-based Ascension, said they were put off by the lack of substantive disclosure around the effort.

Project Nightingale was revealed in November in a series of Wall Street Journal articles that described Google’s then-secret engagement to collect and crunch the personal health information of millions of patients across 21 states.

Sens. Richard Blumenthal (D., Conn.), Bill Cassidy (R., La.), and Elizabeth Warren (D., Mass.) subsequently wrote to the Alphabet Inc. GOOG +1.35% unit seeking basic information about the program, including the number of patients involved, the data shared and who at Google had access.

The head of Google Health, Dr. David Feinberg, responded with a letter in December that largely stuck to generalities, according to correspondence reviewed by the Journal.

Ascension earlier this year fired an employee who had reached out to media, lawmakers and regulators with concerns about Project Nightingale, a person familiar with the matter said.

The employee, who described himself as a whistleblower, was told by Ascension higher-ups that he had shared information about the initiative that was intended to be secret, the person said.

Nick Ragone, a spokesman for Ascension—one of the U.S.’s largest health-care systems with 2,600 hospitals, doctors’ offices and other facilities—declined to say why the employee in question was fired.