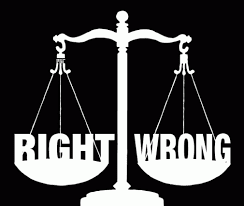 To explain why an action is wrong, we sometimes say: “What if everybody did that?” In other words, even if a single person’s behavior is harmless, that behavior may be wrong if it would be harmful once universalized. We formalize the process of universalization in a computational model, test its quantitative predictions in studies of human moral judgment, and distinguish it from alternative models. We show that adults spontaneously make moral judgments consistent with the logic of universalization, and that children show a comparable pattern of judgment as early as 4 years old. We conclude that alongside other well-characterized mechanisms of moral judgment, such as outcome-based and rule-based thinking, the logic of universalizing holds an important place in our moral minds.

Across five studies, we show that both adults and children sometimes make moral judgments well described by the logic of universalization,  and not by standard outcome, rule or norm-based models of moral judgment.We model participants’ judgment of the moral accept-ability  of  an  action  as  proportional  to  the  change  in expected utility in the hypothetical world where all interested parties feel free to do the action.  This model accounts for the ways in which moral judgment is sensitive to the number of parties hypothetically interested in an action, the threshold at which harmful outcomes occur, and their interaction.  By incorporating data on participants’ subjectively perceived utility functions we can predict their moral judgments of threshold problems with quantitative precision, further validating our pro-posed computational model.