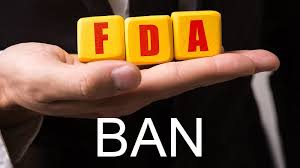 After careful consideration, the U.S. Food and Drug Administration today published a final rule to ban electrical stimulation devices (ESDs) used for self-injurious or aggressive behavior because they present an unreasonable and substantial risk of illness or injury that cannot be corrected or eliminated through new or updated device labeling.

“Since ESDs were first marketed more than 20 years ago, we have gained a better understanding of the danger these devices present to public health,” said William Maisel, M.D., M.P.H., director of the Office of Product Evaluation and Quality in the FDA’s Center for Devices and Radiological Health. “Through advancements in medical science, there are now more treatment options available to reduce or stop self-injurious or aggressive behavior, thus avoiding the substantial risk ESDs present.”

ESDs administer electrical shocks through electrodes attached to the skin of individuals to immediately interrupt self-injurious or aggressive behavior or attempt to condition the individuals to stop engaging in such behavior. Evidence indicates a number of significant psychological and physical risks are associated with the use of these devices, including worsening of underlying symptoms, depression, anxiety, posttraumatic stress disorder, pain, burns and tissue damage. In addition, many people who are exposed to these devices have intellectual or developmental disabilities that make it difficult to communicate their pain. Evidence of the device’s effectiveness is weak and evidence supporting the benefit-risk profiles of alternatives is strong. As the risks presented by ESDs meet the agency’s definition of unreasonable and substantial and cannot be corrected or eliminated through new or updated labeling, banning the product is necessary to protect public health.

The FDA received more than 1,500 comments on the proposed rule, as well as approximately 300 comments submitted to the April 2014 FDA advisory panel meetingExternal Link Disclaimerdocket, which the FDA has associated with this rulemaking action. Comments were received from a variety of stakeholders, including parents of individuals with intellectual and developmental disabilities, state agencies and their sister public-private organizations, the affected manufacturer and residential facility, some of the facility’s employees, and parents of individual residents. State and federal legislators also expressed interest, as did state and national advocacy groups. The overwhelming majority of comments supported this ban.

The proposed rule is here.