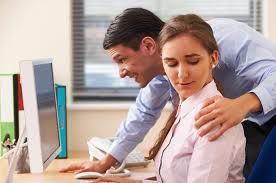 Despite protections mandated in educational environments, unwanted sexual behaviors have been reported in medical training. Policies to combat such behaviors need to be based on better understanding of the perpetrators. We characterized faculty accused of sexual misconduct resulting in institutional or legal actions that proved or supported guilt at US higher education institutions in the biomedical and health sciences.

Of biomedical and health sciences faculty accused of sexual misconduct resulting in institutional or legal action, a majority were full professors, chairs or directors, or deans. Sexual misconduct was rarely an isolated event. Accused faculty frequently resigned or remained in academics, and few were sanctioned by governing boards.

Limitations include that only data on accused faculty who received media attention or were involved in legal proceedings were captured. In addition, the duration of behaviors, the exact number of targets, and the outcome data could not be identified for all accused faculty. Thus, this study cannot determine the prevalence of faculty who commit sexual misconduct, and the characteristics may not be generalizable across institutions.

The lack of transparency in investigations suggests that misconduct behaviors may not have been wholly captured by the public documents. Efforts to eliminate nondisclosure agreements are needed to enhance transparency. Further work is needed on mechanisms to prevent sexual misconduct at teaching institutions.